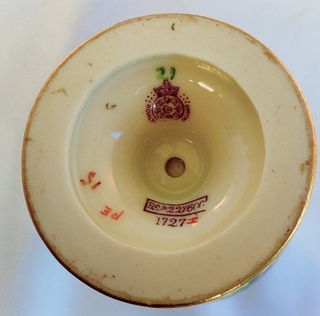 The photo to the right is of a porcelain vase with Royal Worcester backstamp and Registered Number 227600. We all use jargon but sometimes it helps to have a brief explanation of terms used! We will add regularly to this glossary of antiques and collectable terms.